A Weekend in Croatia & Montenegro


This past weekend I ventured to Dubrovnik, Croatia and Kotor, Montenegro, two of the most famous vacation destinations in the Balkans. Both cities were absolutely beautiful and I enjoyed seeing the consistency of the Balkan identity while also exploring each country's unique characteristics.

Having visited almost all the countries included in the region noting the little differences between places was immensely interesting. One of the most notable differences between Kotor, Dubrovnik, and the other Balkan cities I've visited is the existence of a true "old city"- a medieval, walled layout. While Belgrade and Sarajevo do have areas known as "old town" their histories are difficult to distinguish from other parts of the city.

In Dubrovnik, you can best view the old city from the panoramic center (accessed by trolley car) that rests on top of a nearby mountain. 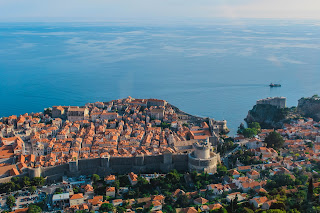 You can also walk the walls surrounding the old city, leaving you standing just between Dubrovnik and the sea, with little in between. 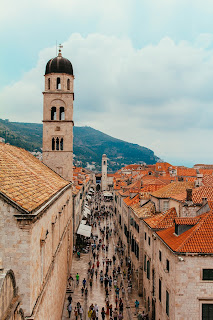 In Kotor, there are similar views, but since the city is so small I decided to wander the mazes of medieval streets instead. 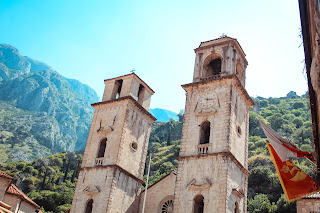 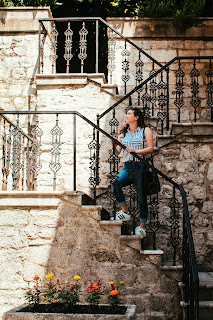 Aside from the difference in structure, each city, while relatively similar to other places in the Balkans, maintained its own individual personality and reminded me, once again, why I fell in love with this part of the world.
Posted by Alena at 5:27 AM