Hello and nice to meet you! My name is Alena and I am a sophomore political science major and social activism minor at Northeastern University. Over the next few months I will be using this platform to discuss my experience as a co-op student in Belgrade, Serbia. Enjoy!

The purpose of this blog is to share my co-op experience, but to do so, I first have to discuss my study abroad. Last summer I participated in a Dialogue of Civilizations Program entitled, 'The Balkan Wars, State Collapse, and Strengthening the European Union' which traveled to Bosnia & Herzegovina, Serbia, and Greece. The night I told my parents I had been accepted I realized that this trip would be the craziest thing I'd ever done. Now, seven months later, I like to think I've beat that record a few times; going outside my comfort zone is one of my favorite ways to learn.

Needless to say, my current situation was, for a time, massively outside my comfort zone.

The novelty of what I was about to do didn't truly occur to me until I began packing, just two days before I was scheduled to leave. This would be the first time I had flown internationally entirely on my own. I would be boarding the place with a one way ticket, something I had never done because I always had somewhere that I needed to go back to. Upon arriving I would be moving into my first ever apartment and then beginning a six month internship- the longest continuous work experience I've had.

Fast forward six weeks and here I am, living and working in Belgrade, and absolutely loving it. 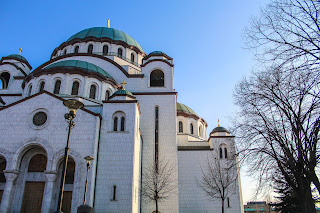 If you'd pulled me aside during my freshman year of high school and told me that, at nineteen, I would be spending six months working with an (absolutely incredible!!!) nonprofit in Belgrade I would have laughed in your face. If you'd told me that during my freshman year of college my reaction likely would’ve been the same. And yet… here we are.
Getting reacquainted with Belgrade has been lovely, to say the least. Despite my joy last July to find myself in such a large city after two weeks in Sarajevo I did not leave Belgrade thinking I would return- at least not anytime in the near future. So it goes. 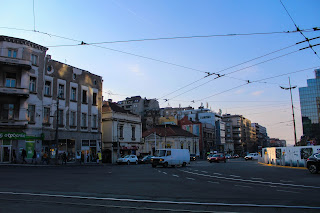 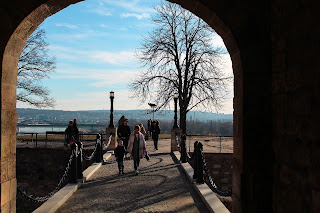 Having only been back for six weeks the number of stories I already have to share seems somewhat ridiculous.
From muddling our way through Belgrade’s public transportation to our enthusiastic, yet poor attempts to learn some basic Serbian, this week has been an adventure. Still, my roommates and I have managed to get our footing in Belgrade with relative ease.

It’s no secret that food is a major source of happiness in my life. Cooking, eating, and sharing recipes are a cornerstone of communication in my family and amongst many of my friends which is exactly why, a few weeks ago, tracking down my favorite Belgrade meal became a mission.

Using directional orientation as a semi legitimate excuse, I suggested we head for the hotel I had been in last summer so that we could maybe, possibly, if we wanted to, go to the restaurant down the street.

The restaurant, named Zavičaj, has a distinctly German vibe despite the fact that everything about it is traditionally Serbian. It became something of a home base for us over the summer as we blew in and out of the city over the course of seven or eight days; I must’ve eaten there at least three times and I know for a fact there are others who beat that number by at least two.

It was the first thing we did upon arriving in Belgrade- after spending the day on a bus food was the priority. About eight of us showed up, hungry, American, and desperate to get to sleep. Despite our disheveled appearance and half present manners, the wait staff was nothing but kind and took fantastic care of us. We left happy, sated, and wanting more. (Take note, the photos below were all taken on separate occasions) 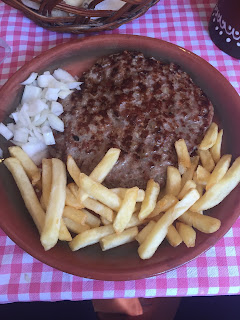 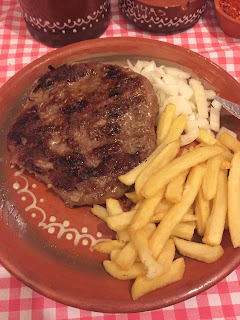 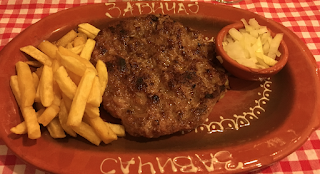 A Serbian burger is essentially a pork and beef patty seasoned with sweet onions. This particular restaurant serves it with french fries and fresh sweet onions (almost everything in the Balkans comes with them) (it’s weird at first but then you start enjoying it) (unless you don’t like onions. Then, well, sorry) which complement the meat perfectly.

The afternoon was an excellent welcome back and I can't wait to share more of my food related adventures with you!